Transgender and Intersex Migration in Australia 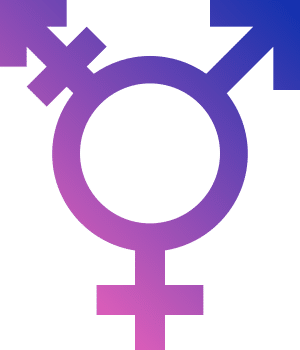 You may recall that we wrote about same-sex relationships and immigration a while ago. But what we didn’t cover specifically were couples where one (or both) may identify as Transgender or Intersex.

In this article we look at both. And we ask the question: Will Australian immigration law recognise transgender or intersex people’s relationships?

The short answer is maybe.

Where one person in a relationship is transgender, the Department of Immigration & Border Protection (‘DIBP’) has a position that varies.

Ultimately, the DIBP’s position is of a person’s gender at the time of the marriage. They’re not concerned about what your gender was when you were born.

Under Australian law, if you are a post-operative transgender person, then your gender is whatever results from the procedure. If you are pre-operative, then you have the gender with which you were born.

So, for immigration law purposes, it is policy that the gender of the person is taken to be their gender at the time of marriage, rather than the biological gender.

What about intersex people?

As to intersex persons, they are treated as being neither female nor male. Therefore, they can’t enter into a marriage recognised for the purposes of the Marriage Act 1961.

The Marriage Act 1961 specifies that marriage is between a man and a woman. If you identify as neither, then marriage in Australia can’t apply to you.

Instead, your relationship would be considered under Section 5CB of the Migration Act 1958. This section contains the definition of what a de-facto partner is. And for this situation, the gender of either person involved is irrelevant.

This is all reasonably tricky territory. Don’t feel like you have to navigate it all by yourself!