Passionate People: A chat with Richard

This week we sit down and have a chat with the Principal of our firm, Richard Timpson. Richard is one of just 6 Accredited Specialists in immigration law in Queensland. Interestingly, he is an immigrant himself.

Having started life in Cork, Ireland, Richard likes to say that he never really chose law; it’s more that it was a happy accident. That’s not to say that he doesn’t take his work seriously. Richard has practised law in Ireland, England, and now in Australia.

For the past three years, Richard’s firm has focused exclusively on immigration law. Not only is there a need for highly specialised practitioners in immigration, but it’s something in which Richard is interested, and has a truly impressive understanding.

While studying law just kind of happened, it may not have been an accident that Richard managed to procure his own visa through the Australian Embassy in London as quickly as he did. He had his visa within 48 hours of lodging the application. 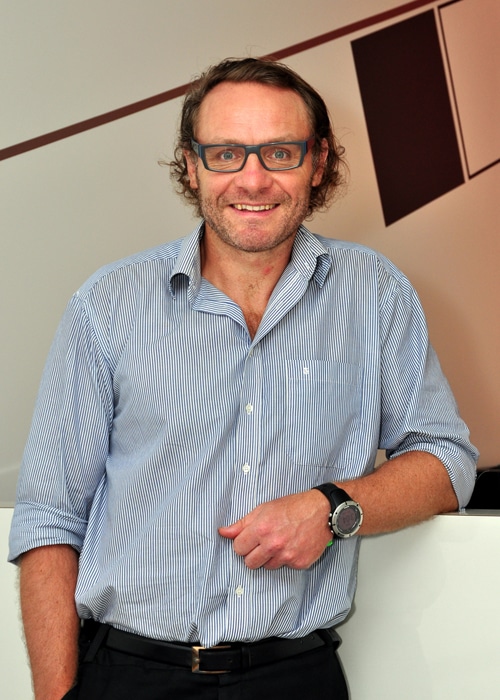 Meet Richard: Accredited Specialist in Immigration Law, and Principal of our firm.

So, what makes a great immigration lawyer?

‘A great immigration lawyer is someone who has a keen understanding of the law, as well as the relevant judicial authorities concerning immigration,’ says Richard. ‘Amongst a whole range of other things.’

Richard works in all areas of immigration from citizenship and permanent residency, to visa issues of all kinds.

With this in mind, we asked Richard what the difference is, then, between an immigration lawyer and a migration agent?

‘Migration Agents exist because of a government decision to allow non-lawyers to advise in an area that is essentially legal,’ Richard explained. ‘The difference ultimately is that a Migration Agent is not legally trained, nor has any ability in my view to provide advice on something which is entirely legal.’

Interestingly the Migration Regulations Act 2008 specifies that even though he doesn’t identify as one, Richard has to call himself a migration agent. This is why his firm has ‘migration agents’ in its company title.

Richard continued, relating his thoughts about migration agents to another area of law to illustrate his point:

‘You wouldn’t go to a social worker to run your family law case,’ he pointed out. ‘Therefore, my view is why would you have a non-lawyer migration agent advise on something that is entirely based on the legislative framework imposed by two prime pieces of legislation?’

Richard’s law firm currently employs five people, all of whom see immigration as a particularly positive area of law, though one that can be particularly challenging. The firm has offices in Mackay and in Brisbane.

Richard Timpson is one of just six Accredited Specialists in immigration law in Queensland. More than just a fancy title, accredited specialists are recognised for being highly experienced in complex and difficult cases, such as appeals, visa refusals, and visa cancellations.

Curious, then, is why the firm is in Mackay?

‘Well, actually, we are in Brisbane, too. The firm has an office in the city, but we love greater Queensland,’ enthused Richard. ‘We decided to move to Mackay a number of years ago. We were living in Sydney at the time, and it didn’t really present as a fantastic situation for a young family, in terms of affordability moving forward,’ he explains. ‘I guess, as someone from Northern Europe, living in a place where the weather is good always enticed me.’

So, what would Richard be doing if it wasn’t immigration law? The answer will likely surprise you; but probably not his partner, who is putting up with Richard’s current obsession with down-tempo electronica.

‘I think I would probably like to be an A&R man,’ he replied.

He looks the part, don’t you think?

Richard’s specialist knowledge and experience can help in all Visa and citizenship issues – especially the difficult ones.

Get in touch with him today for guidance in your particular case. Contact Richard now »