Let’s take a look at one of the reasons why multiculturalism is great for Australia: its vibrant cities. We’ll sweep through what makes them exciting, and give you some suggestions for how you can get your fill of it over the summer holidays.

Benefits of Multiculturalism are Everywhere

It’s in Australia’s cities that the benefits of multiculturalism are everywhere you look. A melting-pot of cultural influence, each city has gradually gathered its own flavour. From the cosmopolitan culture of Melbourne to the bustling business centres of Sydney, and from the tourism-dominated, warm, inviting city of Brisbane to the sparkling innovation of Adelaide, every one of our city centres has its own influence.

Much of this is due to Australia’s immigrants. And despite how we might look to the rest of the world, those of us who live in the cities work in communities filled with people from other cultures.

In Australia, there are regularly over 300 languages spoken. That alone gives you a good indication as to our diversity.

Melbourne is a great example. Its coffee-driven culture wouldn’t be what it is without those from the Mediterranean countries who have helped to create it. Adelaide’s growing sparkle of innovation wouldn’t be what it is without an injection of talent from overseas. Brisbane’s attractive climate is made more exciting by its blend of visitors and eclectic personalities. And Sydney has always been both the high brow centre, and the locale of gritty realism, attracting people not just from overseas but also from other cities nationally.

Australia’s political attitude towards those of other cultures gets a bad rap in the media. But it’s not a true picture of how we live and work together. Without our immigrants, we wouldn’t have the stretch of shisha bars on Hindley Street in Adelaide, the amazing restaurants in Lygon Street in Carlton (Melbourne), or the incredible Japanese fare in Brisbane.

This is even aside from the fabulous multicultural festivals and events that pop up all over the country. 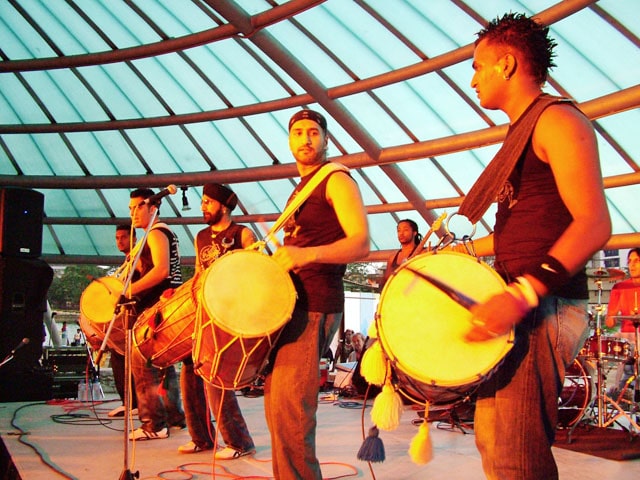 We recommend that you drink in as much of this fabulous energy as possible. Here are some things you can do over the summer holidays to get your fill.

In February, head to the nation’s capital, Canberra, for the week-long National Multicultural Festival. Filled with performances and food, the free festival is the largest multicultural festival in Australia. Read more about it on the Festival website.

Throughout December, Melbourne is playing host to a host of multicultural events. They’re all part of the land of in-between, a most apt title. From Asian arts to the Oromo community, the city is alive with art, music, dance, and food from all over the world. More information is here.

They don’t call Adelaide the Festival City for no reason. The city plays host, throughout the year, to the Fringe Festival, the Living Arts Festival, the Adelaide Festival, the International Guitar Festival, WOMAdelaide, OzAsia Festival, plus festivals celebrating writers, cabaret, the LBTIQ community, young people, film, and much more. It’s exhausting just thinking about it. For more information about WOMAD – one of the biggest world music festivals in the country – click here.

Perth lays claim to the longest-running cultural event: the Perth International Arts Festival. Held in January/February, the event lasts several weeks and includes event across all of the arts. But besides this, Western Australia has some really interesting events on: from golf tournaments to Sculpture by the Sea. More info is here.

Sydney, Australia’s most bustling city, plays host to an Elvis Festival in January, Tambun (the biggest, single-day Indigenous festival in Australia), and Chinese New Year over January and February. January also sees New South Wales host the biggest country music festival in the nation, at Tamworth. At Christmas, you can enjoy the Polish Christmas Festival, and there is so much on in Sydney between December and April that we can’t even begin to scrap the surface. Go here to sample everything.

Brisbane is overflowing with events, too. From exhibitions of treasures from Kabul in Afghanistan, musicals like the Doctor Who Symphonic Spectacular in February, sharing of stories of the oldest living cultures on earth on the shores of the Brisbane River, and a range of festivals like the Brisbane Comedy Festival, the city has everything from live concerts to diverse community markets. Read this page for more information.

And lest we forget Tasmania, which is brimming with cultural events, from the Cygnet Folk Festival to Dark Mofo and the Festival of Voices. Hobart also hosts Australia’s wooden boat festival (though we probably shouldn’t talk too much about boats). Tasmania, although a long way away, always has something going on. You can check out a list of events at this location.