Express your individuality: Travel where your heart takes you

Like to travel? If there is one thing that skilled migrants have, it’s an ability to follow their hearts. Making the decision to move to another country is not an easy thing to do. Not easy, that is, unless you are really driven by your passion. In this post, we take a bit of a departure from our usual immigration focus, to have a look at how travelling within Australia really lets you express your individuality.

Australia is such a unique country. It’s known for its venomous inhabitants, which most Australians live with, without issue. It is well known for its beaches, its wine, its relaxed culture. It is also the sixth largest country in the world: it’s only just smaller than the USA and a little less than half the size of Russia. 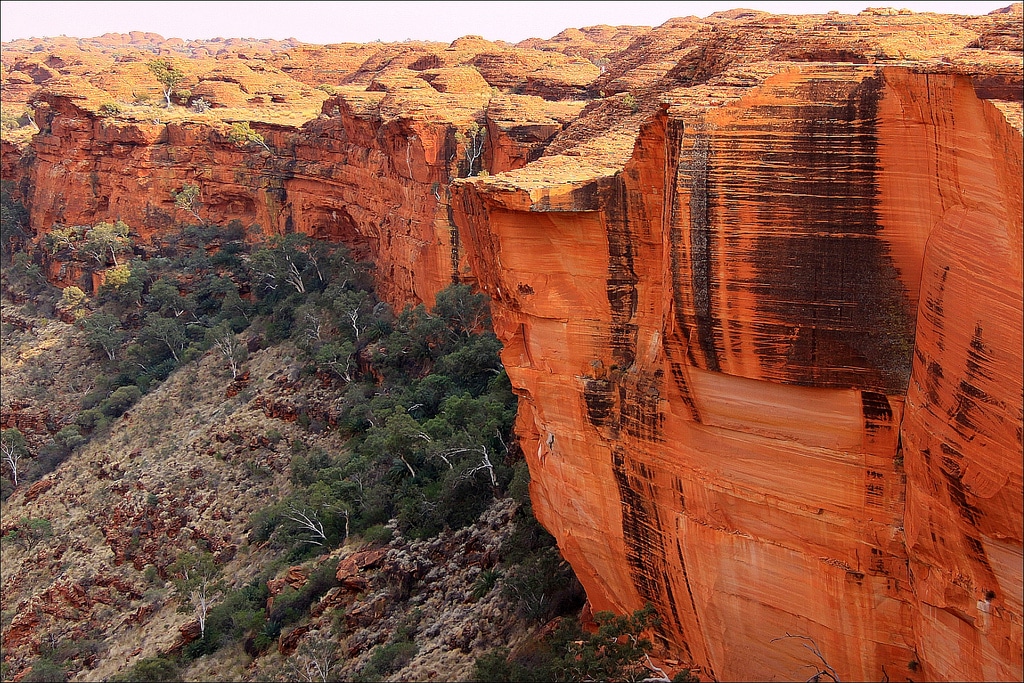 Kings Canyon, by loop_oh. Used under a Creative Commons license

It’s much bigger than people believe. From its most easterly point, to its most westerly, the distance is 4100 km. From the tip of Cape York, to the base of Wilson’s Promontory, it’s 3180 km. The total length of our coastline is 59,736. No wonder we’re perceived as being beach-dwellers!

What this all means, of course, is that the variety of landscape in Australia is remarkable. From remote deserts to snow-capped mountains; and from bushland that never sees a human eye, to bustling, cosmopolitan cities: we have it all. You can literally follow your heart wherever it takes you.

Visit Watarrka National Park. This national park, which is in Western Australia, is most famous for Kings Canyon: a huge chasm, descending to a depth of 270 metres.

Have coffee and breakfast at Bar 9 in Adelaide, which is hailed by The Australian as one of the country’s best coffee houses. The food is great, too. Be warned: it’s popular and they don’t take bookings, but the wait is worth it.

Pack your camper and head to the Port Fairy Folk Festival in Victoria, which is held on the long weekend in March, is one of the biggest folk festivals in the country. The Festival has won three Australian Tourism Awards in a row.

Go visit the Channon Market, in Northern NSW is one of the most colourful and vibrant markets in Australia. It is also the longest-running in the region, having started in 1976.

Sit a while at the Lark Distillery: Tasmania’s first licensed distillery since 1839. If you like your spirits, visiting this boutique distillery will be a real treat. Even better is that it’s right on Hobart’s beautiful and lively waterfront.

In mid-year, plan to head to our local Mackay Festival of Arts, which is the largest regional festival in Queensland. It runs in mid-year, too, when those in the southern states are all huddling by the fire. It also has a great pedigree, having been in existence for more than 20 years.

Drink in the beauty of Kakadu, in the Northern Territory, by flying over it. An experience that few Australians never get. It’s possibly one of the best ways of seeing the extent and beauty of this magnificent area of the world. See what these tourists thought of it.

Send us an email and let us know your favourite place to visit in Australia!