How can New Zealanders protect themselves from deportation/removal? 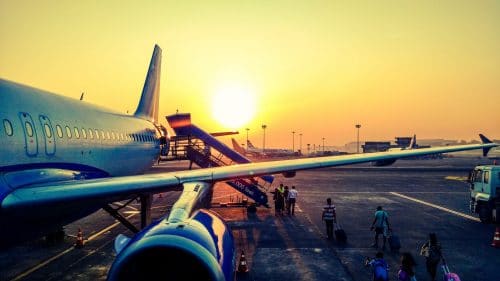 How can New Zealanders protect themselves from deportation?

“Since 2015, it is estimated that over 1,000 New Zealanders have been removed or deported from Australia.”

The recent removal or deportation of a number of New Zealand citizens by the Department of Home Affairs has caused many New Zealanders to question their immigration status… and rightly so.

The Australian and New Zealand Governments have arrangements in place to effectively allow a free flow of people between the two countries. There are currently over half a million New Zealanders living in Australia… but what is their immigration status?

Most New Zealanders do not think they are on a visa while living in Australia. This is a common misconception. The reason for this is that New Zealanders automatically receive a visa by simply presenting their passport and a completed landing card for immigration clearance, upon arrival in Australia. The landing card constitutes an application for a visa known as a Class TY, Subclass 444 which allows New Zealand citizens to visit, study, work and remain in the country indefinitely.

There is no Visa Application Charge and once it is granted to you, you continue to hold this temporary visa until you depart Australia (or apply for a different Australian visa).

Can I be removed or deported if my visa is cancelled?

Sadly we see endless cases where New Zealand citizens have entered Australia on TY 444s and many years later have faced having their visas cancelled and must return to New Zealand.

Since 2016 there has been a significant increase in the number of New Zealanders being removed or deported. Some have lived in Australia for most of their natural lives and have been heartbreakingly separated from their home and families. Arguably, New Zealand citizens have been the most affected of all nations by the increase in deportations.

The reality is that if the holder of any Australian visa engages in an offence, or is charged with an offence, that person can have their visa cancelled and become subject to removal or deportation.

We have on occasion, come across New Zealanders that believed themselves to be Australian citizens because they had been voting in federal and state elections for years. On investigation, however, it was found that they had actually been incorrectly allowed to register to vote, without being an Australian citizen. This means that their risk of visa cancellation is the same as for any other visa holder in the eyes of the Department of Home Affairs, they just didn’t know it.

A visa holder may be judged as failing the ‘Character Test’ if they have ever been sentenced to 12 months or more imprisonment (regardless of time actually served). The Department of Home Affairs (and the Minister) also have discretionary power to cancel a visa on the basis that a person ‘could pose a risk to the community’, or that they are deemed to ‘not be of good character’. As a result of this, we have even seen New Zealanders facing visa cancellation without ever having committed a serious offence.

What happens if I am judged to fail the Character Test?

If someone faces visa cancellation action, they are generally provided with a short period of time in which to appeal the decision to cancel their visa.

Unfortunately, what can happen is that the person may be held in immigration detention whilst the appeal is underway.

How do I eliminate the risk?

One of the safest solutions to eliminate your risk of visa cancellation action is to consider applying for citizenship.

Once you are an Australian Citizen, you are able to stay in Australia forever if you choose, without the shadow of possible deportation hanging over your head.

How do I become an Australian Citizen?

It is important to note that becoming an Australian citizen does not mean you are no longer a New Zealand citizen. Both countries allow for dual citizenship. If you want to eliminate your risk of deportation and become an Australian Citizen, you have several options depending on: how long you’ve been in Australia, the dates you entered the country, and how much you’ve earned during your stay.

When did you arrive in Australia?

If you arrived in Australia after 26 February 2001:

If you arrived in Australia after 26 February 2001, you will be on a TY 444 and your next step will be will to obtain permanent residency, to put you on the pathway to then apply for Australian citizenship.

For a New Zealand citizen who was not here in 2001, there is potentially a whole range of options that can be looked at with a view to gaining permanent residency in Australia. These options include:

On a positive note, obtaining permanent residency can be easier for New Zealanders than it is for citizens of other countries. An example of this is the 189 Skilled Independent (New Zealand Stream) visa that was introduced in 2017. This pathway is for New Zealand citizens only and may be a suitable option, as long as the applicant meets certain criteria, such as having lived in Australia for a certain period and meeting mandatory health and character requirements.

Understanding the different dates, visa types and who is entitled to what can be quite confusing – especially when it is constantly changing. It is always best to get the right advice and ensure you understand what you can do.

Contact us for a free chat to find out your options for applying for permanent residency:

If a New Zealander arrived in Australia on (or before) 26 February 2001, they may already be classified as an Australian permanent resident and can make a direct application for Australian citizenship.

Each circumstance is different, however, and there are some cases where even if you arrived in Australia before this date your residency status is not necessarily a given. If you then left the country for a holiday, it is possible that on your return to Australia you may have received a TY 444 temporary visa.

The biggest risk comes from New Zealanders not having a full understanding of their immigration status while residing in Australia. If you would like to find out your status and your options for becoming an Australian citizen, please reach out to us, as we are here to help